Today we celebrate a victory for the Bronx. Sunday’s New York Post revealed a company offering tours of our borough with the sole purpose of “gawking” at residents. Retelling 1970s war stories and half-truths, this tour company played on the fears of outsiders to make a quick buck. By Monday evening, those tours ceased. This was due to the efforts of Bronx politicians and more than 250 Bronxites and supporters who signed onto a protest petition! That’s great, but where do we go from here?

For years, I’ve been a staunch supporter of our borough, correcting anybody who dared to diss it. I take any and every opportunity to dispel a rumor or two. I’ve turned many a leisurely Sunday walk to the train into a history lesson and mini-tour for friends and family. I never miss an opportunity to highlight architectural wonders, landmarks, and events that happened there. Despite efforts, everywhere I go— from TV to Twitter —I find people making large pronouncements about the Bronx— even if they’ve never actually visited.

What’s more is that all of this negative press has invaded even the psyche of Bronxites themselves. I’ve known residents who’ve ‘fessed up to using a relative’s Manhattan address on resumes, refuse to eat out or shop in the borough, and believe that the grass is greener…anywhere but here. Through interactions with them, many are surprised when I tell them about all of the positive things that are happening in the borough. Free and low-cost concerts and lectures, new bars and restaurants, and neighborhood people making a difference in our community. Ah, but that isn’t sexy. You’re not going to necessarily read that or see it on the 6 o’clock news.

DID YOU KNOW THE BRONX HAS…

I want to hear from you about what is going on in your neighborhood or block. 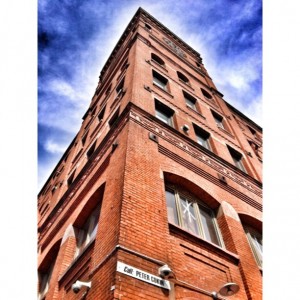