Rainforests, mountains, architecture, nightlife, and sandy beaches…what if you could have it all in one country? You can: Colombia.

If you’re thinking of heading to Manuel Antonio National park in Quepos, Costa Rica, check out… 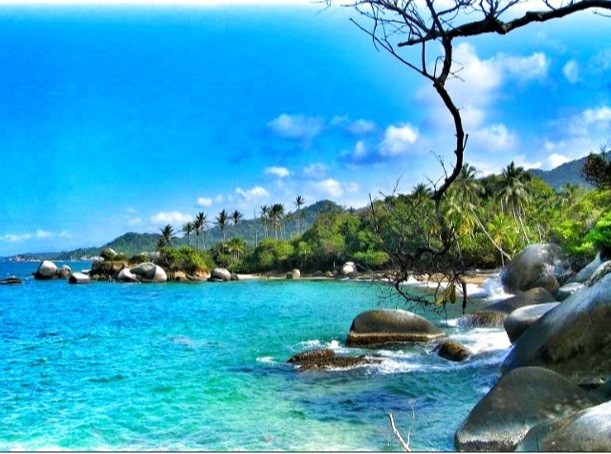 Parque Tayrona. A national park on Colombia’s Carribean coast, it occupies 12 square miles, larger than Manuel Antonio, and more remote. Yup, it’s quite possible that if you get there earlier enough you can have it all to yourself.

Once inside, it’s a 45 minute walk to the beach, first on a paved road, then through trails. While this may seem like a long walk, the trails lead through lush jungle, an amazing photo op.

What to bring: sunscreen, water, a backpack, a picnic lunch, a camera, and good walking shoes. While there is a decent restaurant at the El Zaíno entrance of the park and a camping facility once inside, food is scarce.

If you’re thinking of visiting Machu Picchu or Chichen Itza, check out…

Ciudad Perdida (The Lost City ) or San Agustín. Unlike the more famous Macchu Picchu or Chichen Itza, both are off the beaten path. If you’re doing the Caribbean Coast or Southern Colombia/Ecuador Circuit, have a few days to kill, and are not afraid of getting your hands (or feet) dirty, a trek to these archeological wonders is a must.

What to expect: Whereas UNESCO site San Agustín can be done as a day trip, Ciudad Perdida requires some finer planning, as there are no paved roads that lead there and you must hike for several days there and back.

Why not also see: If you choose the Lost City, check out nearby Parque Tayrona, Santa Marta, or La Guajira coast, which features stunning deserts alongside turquoise green coastline. If it’s San Agustín, a stay in Popayán aka “The White City” is in order. 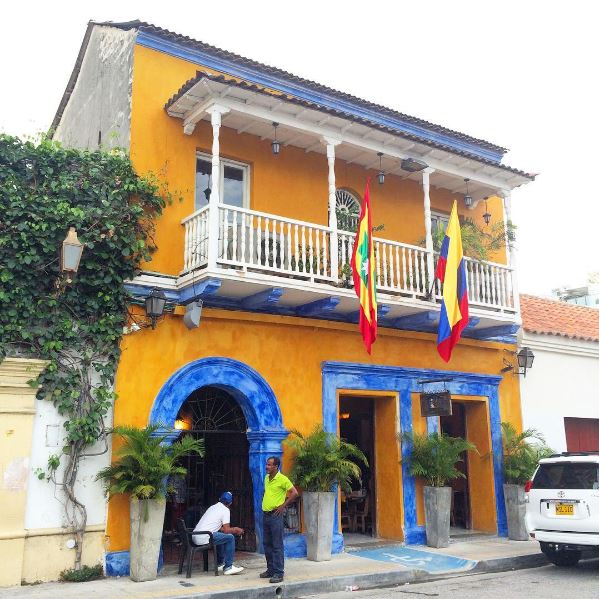 Cartagena. Until quite recently, if an American told you they had visited Colombia, this is probably where they went. Inside city walls most menus and signs are in English and French, as North American and European holiday makers fly or take cruises here for some fun in the sun. Located on the Atlantic Ocean, this is a perfect jumping off spot for hitting the local beaches and island hopping. The colorful colonial buildings are quite reminiscent of Old San Juan complete with its own fortress, Castillo de San Felipe de Barajas, a dead ringer for El Morro.

What to eat: From French crepes, cheeseburgers and pizza, and the obvious seafood, you’ll find it all- and likely pay a price higher than anywhere else in the country aside from the capital. If you’re on a budget, walk outside the walls and you’ll find locals with large tents and communal-style picnic tables hawking fresh fish, patacones (fried green plantains also known as tostones elsewhere), and a home style limeade sweetened with brown sugar known as canela.

Trip it: While there are plenty of public beaches, the water is varying degrees of dark blue to brown. For some crystalline waters and white sand, head to the port for a jaunt to Isla Barú and Islas Rosario, located just off the coast.

If you’re thinking of heading to Rio de Janeiro, Brazil for carnival, check out…

Barranquilla. Put on the international map by its arguably most famous native Shakira, the steamy city sits on the Caribbean coast of the country. The carnival, which coincides with Lent, is one of the most colorful in the world, so book your hotel early.

What to see: Despite being city of more than 1 million, Barranquilla still does not have much of a tourist infrastructure per se, but is the perfect base for exploring other seaside cities. Cartagena and Santa Marta are both about two hours to the west and east of the city, respectively.

Gotta try it: Sample butifarra, a sausage that is a specialty in the city’s southern suburb of Soledad or a traditional arepa de huevo, a fried cornmeal cake with an egg inside.

Barichara. Most travelers who have read up on Colombia know about the laid back Villa de Leyva or the colorful Salento, but know little about this village. Hilly, warm, and a few miles off the main road to more popular cities north, Barichara is a gem, and considered by many the most beautiful village in Colombia.
What to do: Head up one of the hills just off the main plaza, which lead you to cliff with a wondrous view of the valley below. From here you can hike along a trail, which is the “road” between Barichara and Guané, a microscopic village, which scarcely appears on any map.

Take a stroll to one of the churches, then buy yourself a gaseosa (a soft drink), and sit under one of the fragrant orchid trees that line the main plaza. Be sure to tote your camera to take photos of the gorgeous Spanish tile rooves and the brightly colored flowers that adorn the village.

If you’re headed to Quito, Ecuador or Santiago, Chile to experience a large Andean city, check out… 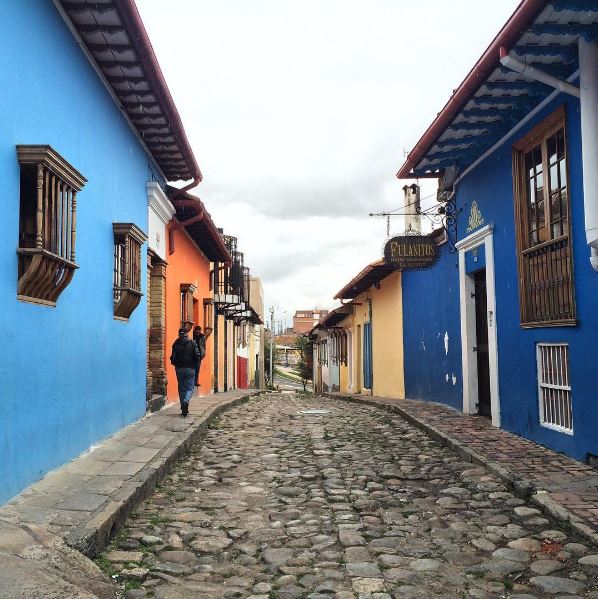 Bogotá. As Colombia’s premiere airline Avianca phrases it, you’ll be 8,600 feet closer to the stars! Contrary to the idea that South America is hot, the average temperature is much more like a crisp October than a sweltering July— bring warm sweaters and a coat.
What to do: Are you a shopper? Bogotá has malls for every price range. From exclusive nightclubs and restaurants to history, museums, and greenery, the capital has it all. While backpackers stay in the downtown bohemian La Candelaria, those with money to burn who want to see and be seen congregate to the chic north in one of the city’s two zona rosas : 93 and the T Zone.

What to eat: Ajiaco, a unique three potato soup native to this region is a must. For breakfast on a chilly Andrean morning, go for the hot chocolate, which is thicker than it’s American counterpart and served with cheese.

Don’t miss: a ride in a cable car up the mountain to Montserrate, a religious sanctuary with a botany-adorned stations of the cross path and a green forest backdrop. The view of the city on a clear day is amazing.

If you’re thinking of heading to Roatan, Honduras or Dominican Republic, check out… 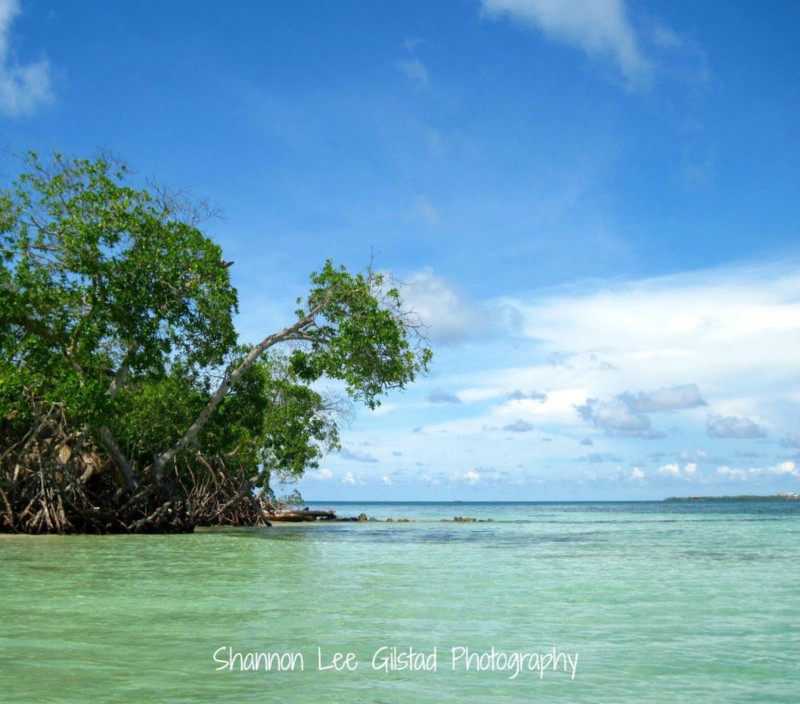 Islas San Bernardo or San Andrés. Imagine having an entire tropical island in the Carribean to yourself and the passengers of your 15-person boat. That’s pretty much what you’ll get when you take the 45 minute speedboat ride from Tolú, a sleepy seaside village.

What you get: Pay just over $20 USD and you’ll get boat transportation there and back, a tour guide, and entrance into a quirky, not oft-seen aquarium. Some of the native sea creatures have been grandfathered into the park. Sip a piña colada under a palm umbrella and eat fresh fish and coconut rice, surrounded by nothing but crystal clear waters and vegetation.

If you’re not on a budget: take a plane ride to San Andrés, an island almost 500 miles from the mainland. Here you’ll encounter a unique blend of British West Indies mixed with Spanish, African, and Native American cultural sensibilities. What’s more is that this small island has been the subject of controversy for years. Physically closer to it, it’s also claimed by Nicaragua. This is a unique place where you’re just as likely to hear Bob Marley as you are Vallenato and Cumbia rhythms, native to Colombia.

If you’re thinking of headed to Buenos Aires, Argentina Rio de or Janeiro, Brazil for nightlife, check out…

Medellín. Nicknamed “The Eternal Spring” for its year round pleasant weather, the city is very green with tree lined streets. Its inhabitants, known affectionately as paisas, are friendly, hardworking, and even harder playing.  Medallo, as locals call it, is the fashion center of the country. It is one of four states comprising El Eje Cafetero, the coffee region. The nightlife is also a memorable experience with some of the best zona rosas in Latin America.

Bring your appetite: You absolutely can’t pass up the bandeja paisa or plato montañero. The gargantuan platter includes grilled steak, rice and beans, plantains, an arepa, sausage, fried pork, and an avocado, for good measure.

Can’t miss it: Medellín is a perfect launch pad for exploration of the many villages and smaller cities that make up the coffee-growing region of the country. Hop a bus and check out Guatapé-El Peñol and Santa Fe de Antioquia. If you’re adventurous, travel a few hours south to Quindío, some of the loveliest architecture and landscapes in the country.

If you are looking to polish your salsa moves in New York, Miami, or Panama City, Panama, check out…

Cali. Known in Colombia as “The Capital of Salsa,” you will find the country’s best, most skilled dancers here. This is Colombia’s third largest city and the most populated of the country’s southwestern region.

Where to go: As a general rule, most of the sites are in the northern part of the city. During the day, check out the Cali Zoo. Take a stroll along Rio Cali to one the city’s many fashionable malls, such as Chipichape. After dark, have dinner and drinks, then hit one of the many nightclubs that line La Sexta, or 6th Avenue, the main drag. For more serious dancers, cab it to Juanchito, to test out your best moves on the dance floor.

What to eat and drink: Aguardiente, or fire water is the official drink of Colombia. Each region has its own kind that the locals claim as the best. Need a pick me up? Try a champús, a sweet, refreshing corn and fruit-based drink.

If you’re thinking of heading to the Amazon Rainforest in Ecuador or Brazil, check out…

Leticia. This small city shares borders with Peru and Brazil. It’s a great jump off point for discovering the Amazon rainforest and river estuary.

What to see: besides the jungle itself, check out Parque Ecológico Mundo Amazónico, or Amazon World Ecological Park. Home to one of the few indigenous groups that inhabit Colombia, you’ll get a taste of their culture. This is one area that very few Americans get to experience.

How to get there: one way in, one way out, which is by plane. This is one of the most remote regions of Colombia, surrounded by dense jungle.