Last week, Bronx Borough Ruben Diaz Jr. publicly wrote off the Port Morris section of the Bronx, referring to it with adjectives “dormant,” “dark,” and “morbid.” This past weekend I introduced an out of town relative to one of the South Bronx’s go-to locales: Mott Haven Bar and Grill (formerly Bruckner Bar and Grill.)

We treated ourselves to the best sweet potato fries in the borough and Bronx Pale Ale. The neighborhood, which is just below the Bruckner Expressway was frenetic with activity. What was once an industrial hub now has tree-lined streets, a café or two, sushi, and bars; there’s a lot going on.  Some wonder why I’m so passionate about the area. They wonder why I speak so loudly and proudly against the naysayers, including many Bronxites themselves. 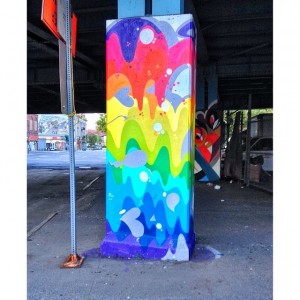 Does this look dark and morbid to you?

Here are just a few reasons why I and others, like South Bronx Unite, continue to fight for this neighborhood:

There’s a strong sense of community

Nearly two years ago, Hurricane Sandy hit the Eastern Seaboard. News reports predicted that places like Virginia Beach and Atlantic City would get blown away and that the storm would blow over New York City. Nobody ever anticipated that Sandy would be the cause of billions of dollars worth of damage. What we also never would imagined is that the East River would breach and wipe out one of the South Bronx’s most popular hangouts.

That night, six feet of watered gushed into Mott Haven and Grill (then known as Bruckner Bar), destroying thousands of dollars worth of food, alcohol, and supplies, completely gutting it. After months of legal fees, it seemed like it would never open up again.  For the community, it was not just a watering hole or hot meal. It was a meeting ground, where you would see anybody from the local school teachers to local politicians rubbing shoulders.

People were so touched by the loss, that some took to social media to raise money to help the staff, who now had to deal with the loss of livelihood. It was literally and figuratively a mess, and seemed like a lost cause. But just over a year later, Mott Haven and Grill reopened, with many of its original staff, albeit new management. The original patrons returned and it’s business as usual. 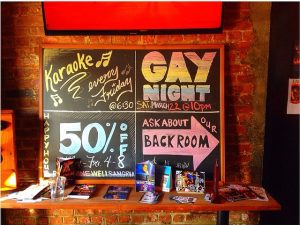 The neighborhood is extremely LGBT friendly

When people think of gay and lesbians strongholds, Greenwich Village, SoHo, or perhaps even Jackson Heights, come to mind. Little do they know, the Bronx— more especially the South Bronx — is home to 11% of New York City’s LGBT population.

With no gay bars, per se, in the borough, Mott Haven Bar and Charlie’s Bar & Kitchen (formerly Clock Martini Bar), have become well-known for their gay nights and parties, drawing customers from even outside the borough. The neighborhood is racially and socioeconomically diverse, and very tolerant.

An excited Keith Klain, CEO of Doran Jones, engages with BronxCentric! on Twitter

Last Wednesday, DNAinfo.com announced that Per Scholas, situated at the east end of 138th Street, will be creating over 150 jobs in the technology sector beginning this fall. Per Scholas, a non-profit founded in by South Bronxite, Plinio Ayala. His vision was to alleviate generational poverty through education and training in computer programming, placing graduates in IT jobs.

The organization has expanded to three other Northeastern cities and recently partnered with the IT consultancy, Doran Jones. Their newest initiative is the Software Testing Education Program (STEP), which will provide entry-level jobs starting at $35K, with benefits. They hope to fill the bulk of positions with recent graduates from their training program— sweet! What’s more, is that these jobs are sustainable and will provide a meaningful work experience, something not currently not widely attainable in the Bronx. These are the kinds of jobs we NEED! 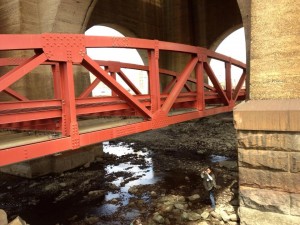 Many are unaware it even exists, but many neighborhood activists and avid cyclists have known it’s there. Just this afternoon, DNAinfo.com reported that the red pedestrian bridge that has laid dormant in the shadows of the Triborough Bridge will soon be open to bikers and hikers.

Spoiler alert: the distance between the Bronx and Randall’s Island is so minute that one can (carefully) hop across the Bronx Kill on stones from one side to the other. Up until now, that property has been off limits, a locked gate closing off the semi-complete bridge from the general public.  Park areas are lacking in the Mott Haven/Port Morris vicinity and this would be a boon to further revitalization of the greenery. Hmm, if I didn’t know better, I’d say that’s the beginning of a beautiful South Bronx Waterfront!

There’s no yellow “caution” tape or construction going on, but the distillery and beer brewing industry is alive and well in Port Morris. Three years ago, Chris Gallant and Damian Brown , opened Bronx Brewery on East 136th Street, steps from the Bruckner Expressway. Originally using a brewery in Connecticut, its success made it a household name in borough bars, like Mott Haven and Bronx Ale House, local groceries, and others outside the borough. They’re stepping up their game a notch and are slated to begin brewing in house this month. Their plans include opening a beer garden on the premises, where you can taste the hopsy goodness.

That’s not the only thing brewing along the Bruckner. In June, New York Daily News cast a spotlight on The Port Morris Distillery, which opened in 2010. Their specialty?  Pitorro, the Puerto Rican variety of moonshine rum. The liquor makes regular appearances on the menus of hot spots,  like Camaradas El Barrio, just across the bridge, and Don Coquí of City Island.

Port Morris also has Tirado Distillery on East 134th Street, which opened in 2010 by a medical doctor (it’s GOOD for you!) of Puerto Rican descent, Dr. Renee Hernandez. Specializing in rum and whiskey, the website lists almost forty locations of bars, restaurants,  and liquor stores where it’s sold. He’s been featured in the New York Times.  Perhaps the best part is that Bronx-based tourism agency, MCNY Tours, run by Bronxite Alexandra Maruri, is hip to all this buzz-ing in the neighborhood and offers tasting tours of the distilleries and brewery.

These are just a few signs of what’s to come…